I’m in Charleston, S.C., this week to fatten myself up on grits and explore some of the antique shops for campaign furniture examples to study. First the bad news: Antiques of the Indies, the awesome King Street shop I visited last fall, recently closed. However I found that the owner had taken a booth at Continue reading»

The Stanley ‘transitional’ planes, combining a wooden body with a cast iron frame, frog and standard adjustment mechanism, were made between 1870 and 1940. You see these things pretty commonly in antique shops and flea markets. According to those in the know, they are not particularly valuable in the collectors’ market (which is why you see so many of them, and so few #1′s). Still, a plane is a plane and a potential working tool, so I set out to find a restorable one for a friend who had expressed an interest. 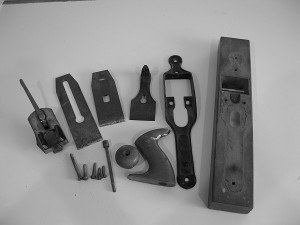 The Stanley 26 in pieces 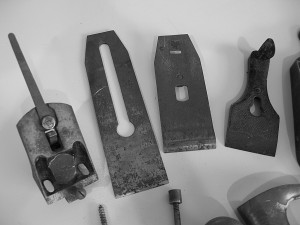 The beech body was in very good shape, an exceptionally dense piece of timber that had none of the severe bottom scoring or end-checking often seen in these things. The metal parts were coated with light surface rust, but cleaned up nicely. Most of the remaining black ‘Japaning’ came off in cleaning, but that’s only important to collectors. The iron and chip breaker turned out to be a little later vintage, about 1910 (based on the imprinted logo), but were in good enough shape to polish and sharpen for normal use. 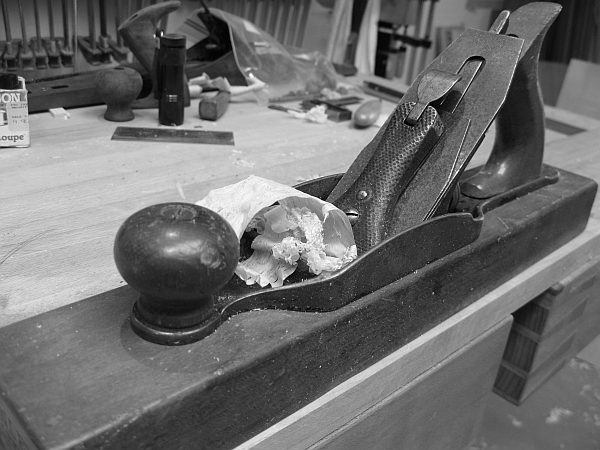 Takes a lickin' but keeps on tickin'

Once the metal parts were cleaned and the iron tuned up, I reassembled the plane and trued the bottom (it had just a slight twist in it, again attesting to the quality of the piece of beech). I took a couple of shavings with it, and these pictures of it, and passed it on to my friend who was pleased to get it. He plans to use it as a shooting plane, which would be a nice fit for it given the heft of the beech body.

Now I’m looking for one for myself!