A map for our treasure hunters

If someone gave me a dollar every time someone said these two phrases at the Millwork Outlet, I would be on a yacht somewhere warm sipping a pina colada.

1) “WOW! I didn’t know you guys were this big…I thought you just did windows”
2) “Shopping at the Millwork Outlet is like going on a treasure hunt”

Through the years the Millwork Outlet has grown in inventory as well as sheer size. Sometimes we get people in who think our inventory has gone down and we don’t have as much stuff as we did in years past. But in fact, it’s not that we have less stuff, it’s that we have more places to put it so it doesn’t feel as cramped as it did before. In an effort to help people realize just how big we are, aid in their treasure hunt and dispel the myth that we have less stuff than before I made an aerial map of the Millwork Outlet. To highlight just how much we have expanded over the years I have drawn in the boundary lines from when we started over 20 years ago.

The map does a great job of highlighting the fact that the Millwork Outlet has so much more than meets the eye initially. We have four warehouses full of product along with around an acre of stored materials. For our customers who like to search, it’s a little like Disneyland, it’s almost impossible to see it all in one day! 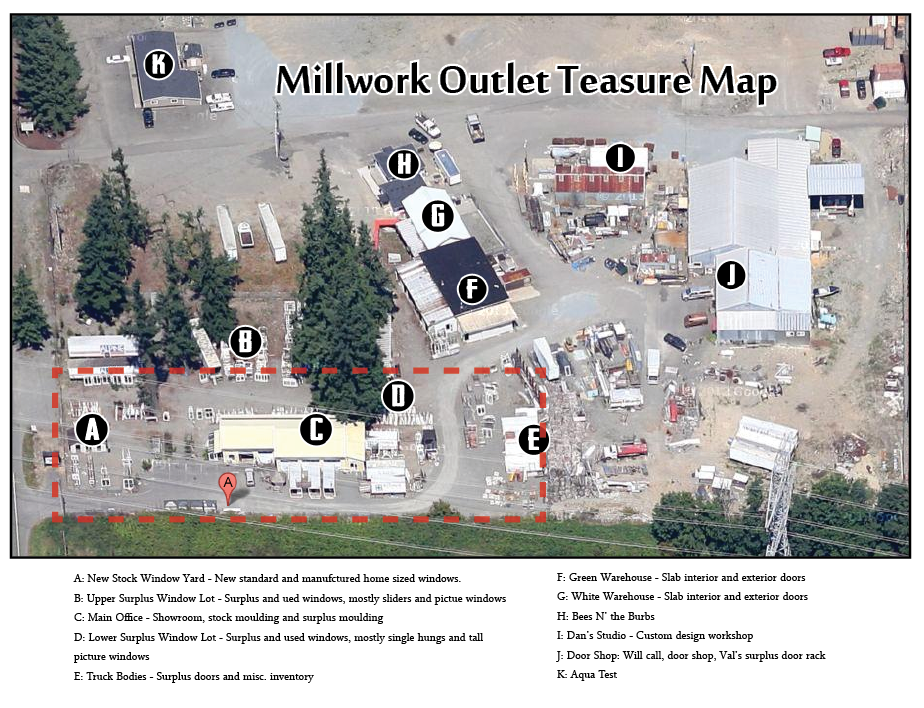